When Covid-19 came along and sucked the joy out of life earlier this year, those of us who run networking events were faced with a big decision – become extinct or adapt.

Thankfully, many of us bravely moved our operations online, despite not really knowing what we were doing!

People love the ‘vibe’ they get in our face to face meetings so it was really important that we didn’t just ‘move online’ and lose all that good stuff! So, I’ve found that keeping it simple is the best approach. But, remember, once you move online there’s a whole load of other gremlins that you need to think about too!

Never let your guard down when it comes to online security. If this is not your area of expertise take some proper advice. A good rule of thumb is to ALWAYS use a waiting room function and don’t let anyone in that you aren’t sure about. Never publish the link to your meeting online.

Believe me, I’ve seen what happens if someone bombs your zoom room. It can be incredibly upsetting and offensive and you could be left with some serious damage limitation to deal with!

The element that is most lost online is the ability for people to just grab a coffee, chat and engage with each other. I recommend putting groups of three people in breakout rooms as they arrive on the video call, so that they can relax and chat without the awkwardness of people talking over each other in the wider room.

Give everyone equal opportunity to speak

One of the biggest complaints about online networking is that there isn’t a proper structure. This can lead to more dominant participants hogging the air waves and some people not getting the chance to speak at all. Having a one or two minute pitch round is a good way to share the time people get to speak more fairly.

In a meeting with more than six people you definitely need everyone on mute until it’s their turn to speak. Background noise can be very distracting. While this isn’t very ‘natural’ the meeting will turn into chaos if you don’t. Make sure you look out for people trying to get your attention to speak.

People will access your meeting on a variety of devices. You no longer have the luxury of that big projector screen! Screen sharing can be a big problem for people logging in from their phone. So keep slides simple and not too wordy. And only use where necessary.

Support the shy and inexperienced attendees

For some people, the thought of going on camera in a zoom meeting is up there with Chinese water torture! The important thing is to encourage them in gently. I’ve had a few people who have just come in to observe with their camera off for the first meeting, and I’ve communicated with them on the private chat function. Once they’ve got over the fear of the unknown they usually feel more confident attending another meeting.

If I had a pound for every time I heard someone say that networking doesn’t work I’d be a very rich woman! FACT: most people don’t recognise the importance of getting to know people properly.

In an online meeting environment we only get to see a bunch of faces on a screen who tell us just one minute about themselves! If we want to get the full benefit of attendance we need to book some calls outside of the meeting too. I have found that getting people to SAY who they are following up with during the video call makes a big difference.

Business Networking really doesn’t have to be too serious. Great relationships are formed when people make friends. So keeping the meeting relaxed allows people to get on with doing just that!

Want to try some Growth Community Relaxed but very purposeful networking? Find a location that suits you. 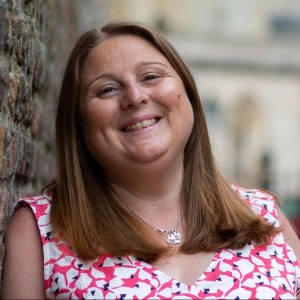 Nicky Thomas is a business connector, referral marketing expert and founder of The Growth Community. She loves nothing more than to see people connect and build a new relationship and/or open up new opportunities for each other. Want to try out our very relaxed, yet incredibly purposeful meetings?

Can you believe that in just over a year we’ve grown to 12 groups!? It just shows what we can achieve when we Work Together!

We’re really excited to announce our member only networking meetings which will commence in October. The meetings will be monthly and online and will give

Two weeks ago we launched Grimsby and Lincoln to take our meeting total to a brilliant 12! We had a great turnout to both meetings.

Ready to join us for a meeting?

You’re just a click away from some productive new conversations. See you there!

Ready to join us for a meeting?

You’re just a click away from some productive new conversations. See you there!